Dele Alli arrived at Tottenham for the first time during the 2015/2016 season.

Not only did he hit the ground running, it was quick to identify his locally fashioned name, ‘Dele Alli”. 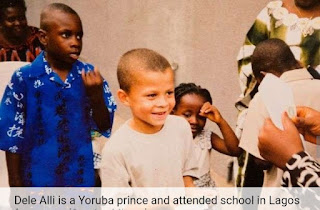 Of cause the name ‘Dele”,  sounds clearly of Yoruba descent then the fans realize where he came from and that he was born to a Nigerian father Kehinde.

A popular name  ‘aha’ moment that soon made him very topical to the Nigerian press, Premier League enthusiasts in Nigeria and expectedly whispers of the Nigeria Football Federation (NFF) having a crack at recruiting him,  after back to back stellar performances for Tottenham Hotspur in the EPL. 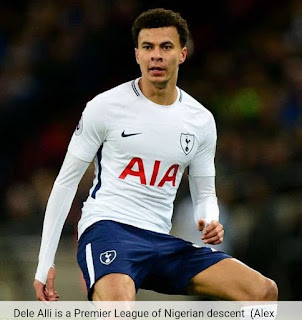 Sadly for the Nigerian faithfuls that wanted to see Alli play for them, Alli had no tie-in with Nigeria and has gone on to become a full England international.

The most intriguing aspects of Dele was that As a child, he spent almost a year in Nigeria with his father and attended a school in Lagos. (Kings college)

This might be a secret leak, but it’s interesting to know that Dele Alli is a Yoruba prince through birth.

According to his father Kehinde, Alli is a Yoruba prince through his birth. 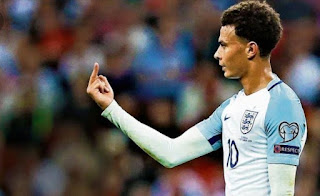 Alli’s father had a very close relationship with Kehinde and relocated with him to Houston, Texas. Alli was his father’s best man even when he married his second wife Lola in 2006, Alli was the best man in his father’s second wedding .

The question, that Biggles the minds of every Nigerians regarding Dele was  why a boy who spent almost a year in Nigeria and had a good relationship with this father, denounce his Nigerian roots?

Kehinde Alli’s father,  meet Denise Alli’s mother in a night club in the UK. So Alli was born in Milton Keynes, United Kingdom in April 1996 .

Although Kehinde and Denise got married but separated three years after Alli was born. the couple was very close and raised him together.

After long talks and agreements , the UK born football player Alli left his father and returned to England at the age of 11 to focus on football.

“It was hard for me to let him go but I knew it was the best thing for him and his ambition,” Kehinde told Sunday Mirror-both Alli’s parents had a sit-down interview with the newspaper.

While in England, Alli moved in with a family of one of his teammates at his first club MK Dons. He refers to them as his ‘adoptive parents’ although he was never legally adopted.

“When he was about 13 Dele began training at MK Dons five days a week. So for convenience, he began staying at his best friend’s house during the week, before coming home on weekends.

“It was hard to let him live away from home, but we didn’t have a car and I was finding it hard to get him to training myself,” his mum Denise said in the interview. 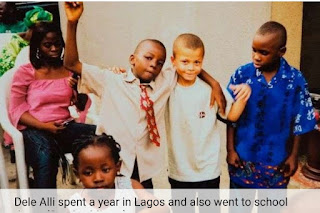 Alli’s mum then was suffering from alcoholism, and voluntarily gave him to his ‘adoptive parents’, to keep the youngster away from her unfavourable surroundings.

“It has been said that I was suffering from alcoholism and I gave him up because I couldn’t look after him, but that’s not true.

“I wanted to give him the best chance of achieving his dream, but he was still my son and I was there for him whenever he needed me.

“He was never adopted by his friend’s parents – I would not have allowed it. My kids are my world.”

In this interview, Kehinde and Denise revealed details on the breakdown of their relationship with their son Alli.

According to them,  it’s was strange but Alli gradually began to withdraw from them after signing his professional contract with MK Dons at the age of 16. He last spoke to his mum in 2015.

“He was in great spirits and said, ‘I love you mum’. I had no idea that would be the last time I would see him. It still leaves me shocked,” Denise said about the last time she saw Alli.

It’s hasn’t been easy for both of them Both Kehinde and Denise have made series of attempts to see Dele, either by attending Tottenham games, visiting the training ground and even by joining stadium tours. 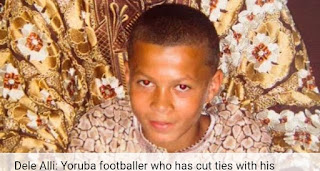 Denise revealed that she tried to talk to Alli after a game at White Hart Lane, in 2017, but the midfielder simply ignored her and walked to his car.

“I waited outside after the match and when Dele came out I quietly said to him. ‘Dele… it’s me… your mum.

“He didn’t stop. He just looked at me, said he was busy and drove off. I was in tears, it was heart breaking.”

Kehinde who is a millionaire oil, gas and technology entrepreneur has made several trips to London from Houston ttrying to reunite with Alli.

“Not being able to see or speak to him hurts a lot. Myself and his brothers watch all his games on TV and they ask me, ‘Why won’t he see us?,” Kehinde said. 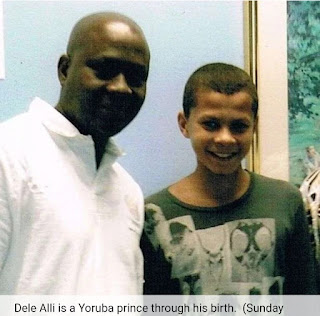 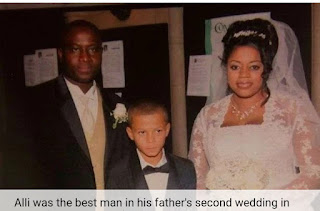 Most sources has reported  that,  Alli believes his father was never there for him growing up.

Although, it remains confusing for Kehinde as he knows they had no such issues and were happy even after his second wife arrived.

“I can’t understand that. He lived with me for years and I have always been there for him both emotionally and financially.

“Up until he was an adult I paid for every holiday he ever went on and all his costs. I bought him his first car when he passed his driving test. Now he is turning his back on the family who love him.

“I know some people will think we just want him for his money, but it couldn’t be further from the truth. I’m very wealthy in my own right and I don’t need a penny from Dele.

“I just want to be here for him and for him to know that I love him.”

According to Sunday Mirror, Alli was contacted following his parents’ claims but he said he had no comment.

Dele Alli isn’t prolific in front of goal he only managed, five goals in 25 Premier League appearances this season.

Two goals in three Champions League games including a brace against Real Madrid.

However, Alli has made headlines for his reputation for diving. 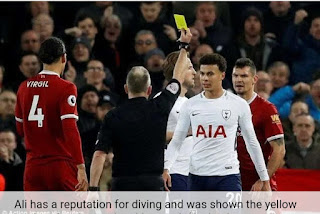 One aspect of Alli’s game that’s wasn’t good enough was that he was always cautioned for diving.

He received a yellow card for diving in Tottenham’s 2-2 draw away at Liverpool on Sunday, February 4, confirming perception of being a hot-head.

This isn’t a doubt,  giving the manner at which he has left his parents hanging with less willingness, to discuss terms as to why he’s backed them.

Katie Price jokes about turning to a ‘lesbian’ because men only ‘f**k’ her about Top British TV personality and former glamour model, Katie Price, has […]

Davido’s Fiancé Chioma is back to Nigeria Weeks After Childbirth

If I start a business for you, The cost of that luxurious wig will take all the profit – Reno Omokri to a slay Queen […]

If we won the Biafra war, we can handle Boko Haram – Buhari

Slap of Death? Man in big trouble after another man he slaps dies instantly (photos)