FIFA soundtracks are widely listened to all over the world especially during the course of playing the game it’s self, which over millions play . As an upcoming artist, you could be on a rollercoaster ride to the top if eventually on founding out that your track is included in the FIFA game soundtrack list. This can be a massive step forward in your music career. 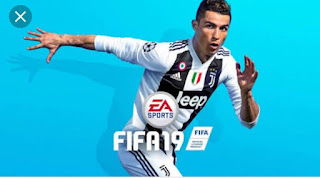 Going further forward, to show you the extent to which FIFA sports games matters , this years released has been kinda controversial starting from FIFA given player looks,  player rankings and ability in the game.

Well at some point, some players feel they should be higher in the game rankings , and should have more abilities than given to them by FIFA in the game.

FIFA has over the past dacde,  introduced series of singers to football fans and bands from around the world.

EA Sports game has helped the careers of Kasabian, Kings of Leon, Madeon and Jungle to name but a few.

For now I have made a list of the songs  that featured on FIFA, only for this year’s  latest FIFA 19. 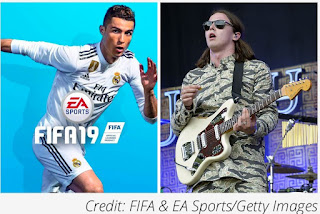 Stereo Honey – Where No One Knows Your Name

BC Unidos – Take It Easy feat. U.S. Girls and Ledinsky

Bearson – It’s Not This feat. Lemaitre and Josh Pan

Billie Eilish – you should see me in a crown

Confidence Man – Out The Window

It is my choice that I’m single- Tracee Ellis,on being single at 47 (Video)

It is my choice that I’m single- Tracee Ellis, on being single at 47 (Video) Top American actress and television host, Tracee Ellis, sat down […]

Wife Against Wife Season 6 Latest Nigerian 2020 Nollywood Movie –  The mystery of life isn’t a problem to solve but a reality to experience. […]

SAN Femi Falana, reveals the identity of those fuelling religious intolerance in Nigeria

The Highest Number Of Illiterates Are In The North Forget About 2023 – Ex-Kaduna gov, Mukhtar Yero